A round-up of ski passes and piste improvements from Meribel
Well the 30th August saw the last of the lifts in the 3 valleys close for the end of the summer season, and now the post office and corner shop have moved to inter-season opening times.  As sad as this is, it does now mean we can start getting really excited for winter - yeeehaaaa!  I've put together a little round up of news and information from Meribel along with some photos we took from last year to get us all in the mood for the forthcoming winter season.﻿﻿﻿﻿

Well ski pass prices for 2013/2014 have been announced with discounts for groups of 2 or more.  I've created a simplified version here based on 6 days skiing, or you can go directly to the Meribel tourist information site  for the full version.

Outside of the above dates are some cheaper deals, for example, an adult three valleys pass from 7th - 13th December 2013 will cost you € 211.60, add that to our amazing fully catered price of £295  per person and you've got an fantastically good value, luxury ski holiday!

An adult three valley pass from 19th - 25th April 2014 will cost you € 249.30
Don't forget, group discounts also apply to these lower season rates.
To help you easier organise you holiday, we'll take your lift pass order before you travel to the chalet and have them waiting for you once you arrive, so no queues at the lift pass office for you!  You can pay in euros or with a credit card at the chalet once you arrive.

A handy tip; once you have your ski pass, keep the receipt that comes with it with you, but in a separate pocket.  If you loose your pass on the mountain, the receipt is proof of purchase and will get you back to Meribel without having to fork out for another pass.

The all New EPIC PASS - for our American friends
We would love to help our friends over in America.  We’ve heard all about their amazing EPIC pass which already gives the lucky holder unlimited access to 10 major resorts in US. In addition they can now get up to 15 days in Europe, including just recently added, 5 days in the 3 valleys.  So anyone that stays with us at Delicious Mountain, for a week, with an epic pass, we’ll pick up the bill for the 6th day skiing.  We think our friends from over the pond would have a pretty amazing time skiing the Three Valleys, so if you know anyone who might be interested, please spread the word… 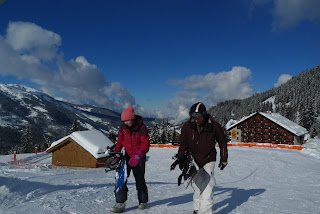 Improvements in the Meribel Ski Area

After the huge successful improvements to Plattiers lift in Motteret and Saulire in Meribel that were put in place for last season, this year has seen a focus on some run improvements in the Meribel valley.

The main Doron piste, which comes down from the Saulire side, has been widened, making access from the upper part of the resort to the main Chaudanne lift area easier for all.  Whether you are a speed merchant or blue-run skier, don’t forget to try out last winter’s World Cup Downhill slope where you can compare yourself to the world’s top skiers. This blue run was formerly two runs: le Grand Duc and Escargot. The downhill course has now been renamed le Roc de Fer and has been reshaped for more enjoyment. This will be the site of the biggest event in the skiing calendar, the Finals of the World Cup, in 2015.

No more picnicking in freezing weather! A new relaxation and rest area has been created at la Chaudanne in the Saulire Express building. Called “The Lounge”, this new rest area will be the ideal place to eat your picnic in peace.
The Moon Wild piste at the beginners’ Altiport area has a new start. This theme piste now has even more life-size animal models and the beginning has been reshaped to make it more easily accessible. Children can have fun on skis while learning about mountain animals.

The Actimel mini-snow park has now closed but instead children will enjoy the new Inuit Village on the Louveteaux piste where they can try out various Inuit-themed games.

Over at Méribel’s Moon Park, there are even more features. You can practice freestyle with less risk of bruises thanks to the new steps, box and fun box which are made from foam rubber.  Alternatively, why not indulge your competitive streak at the Moon Park Boardercross? This has been enlarged so you can race down it in teams of four.

For even more thrills, expert skiers shouldn’t miss Méribel’s most notorious black run, the Vertical Xperience. The start of this piste is now fully completed, making it more accessible than before. Don’t be fooled by the easier start - this couloir is 37-degrees in places, making it the steepest run in the 3 Valleys after Couchevel’s Grand Couloir. The less daring can watch the experts tackling this impressive slope from the top of Saulire Express gondola lift.

Interesting facts about Meribel and the Three Valleys
Did you know; 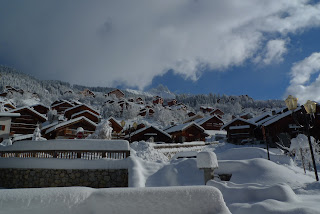 There will be more updates on the blog, in no particular order we'll be writing more about our favourite places to eat for lunch on the mountain, we will do a lemon tart making and testing (its a hard life) and of course there will be more recipes, so keep checking back and liking and commenting.. Thank you! Lou and Stu 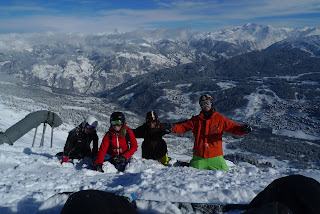 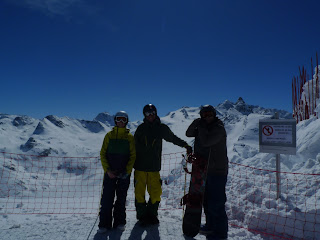 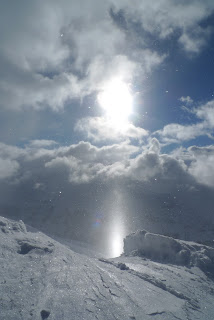