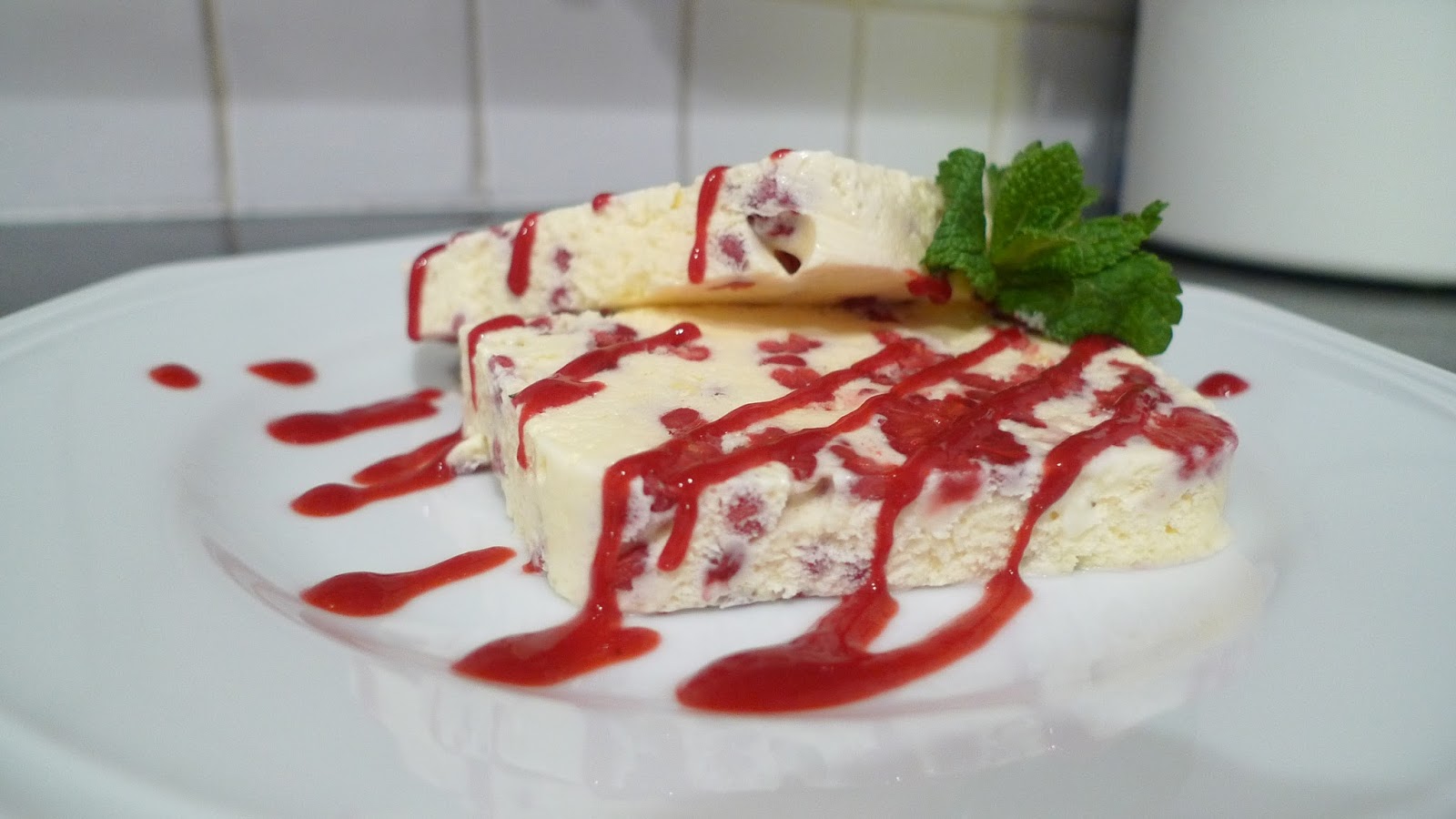 A delicious ice cool, creamy and fruity dessert.  The original recipe (from James Martin) contains nougat instead of white chocolate and is equally delicious!  I think that the frozen raspberries work very well in this as they stay suspended in the mixture better, but fresh would of course be fine, especially as they are bang in season right now.
Serves 8-10
Ingredients
For the semi-freddo

For the raspberry sauce 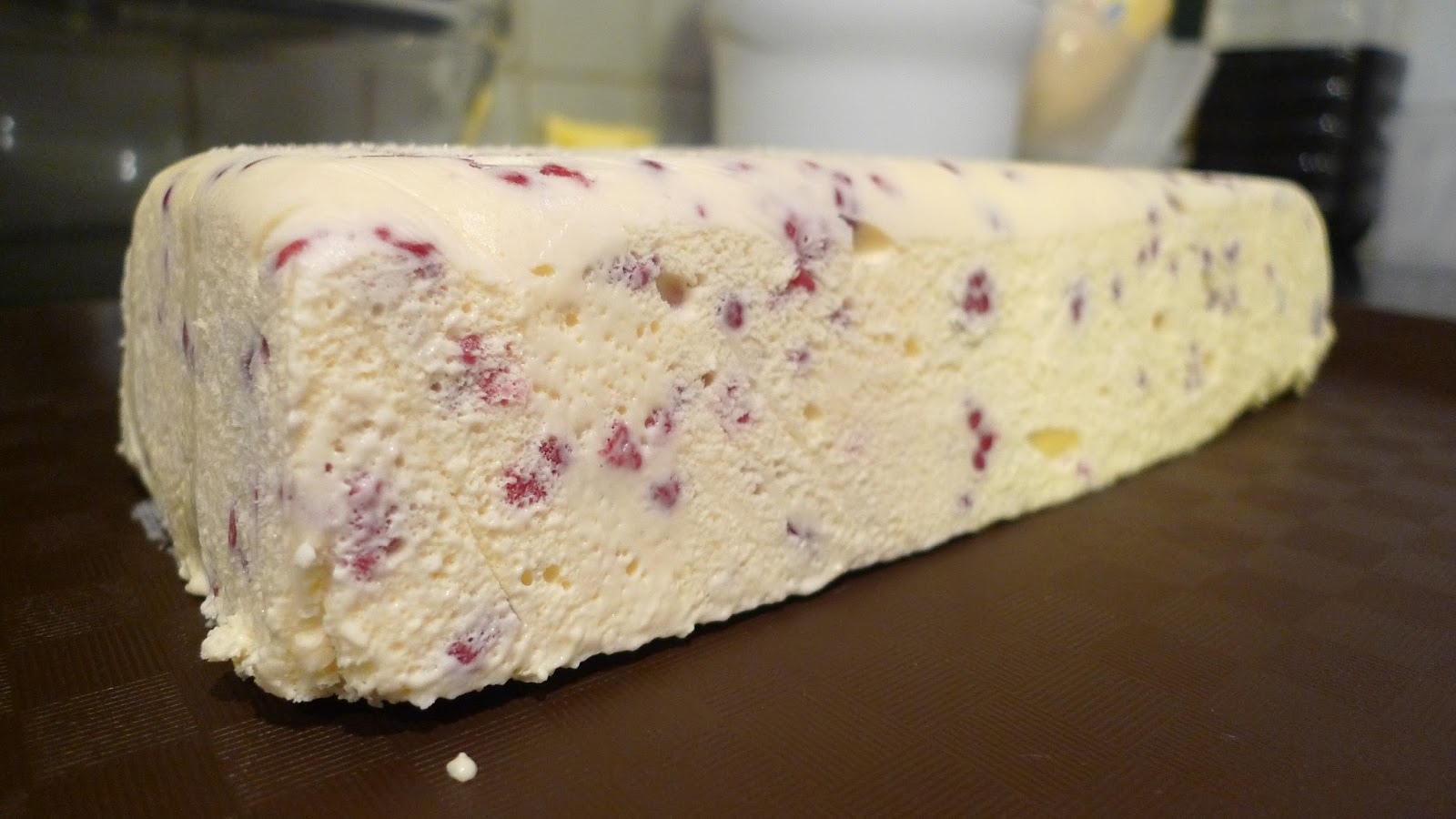 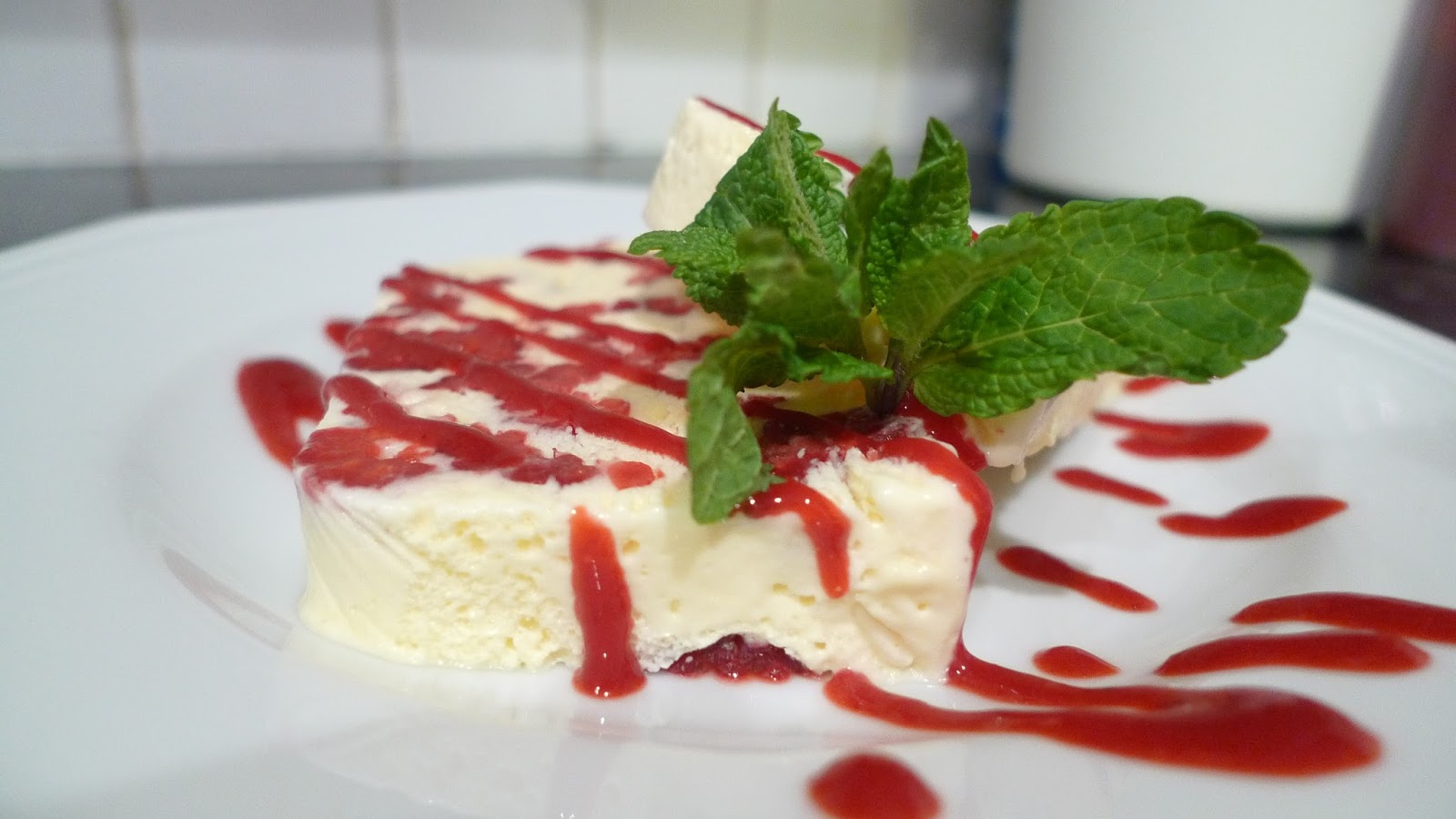 Is it really gluten free...??!! Chocolate, pear and almond cake 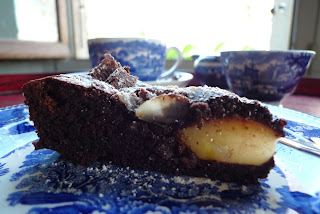 We often have to look after folk who are gluten intolerant, and I really rather enjoy looking for new recipes and trying new things.  In fact, with this recipe, we didn't wait until anyone with an allergy was staying with us - it was a staple on the menu for all of last winter season!

The original recipe came form BBC Good Food website (a particular favourite of mine).  I just changed it slightly in that I did not use the hazelnuts as suggested.  I have also tried the recipe one and a half times and twice the quantities with success.